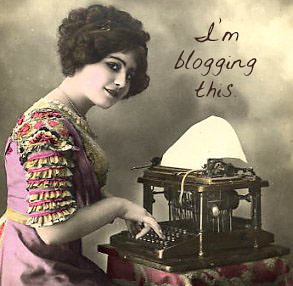 By Kelly Diels of Cleavage

Newbie authors and big deal bloggers Chris Guillebeau, Leo Babauta and Erin Doland accidentally and accidentally-on-purpose hacked their way through the publishing jungle with their brain children/addictions – Art of Non-Conformity, Zen Habits and The Unclutterer – firmly in tow.

If Chris Guillebeau was forced to identify his favourite child, he’d waffle: “I really love them both.”

But I’m going to kill them both if you don’t choose.

“I guess if I had to choose, I’d choose the blog since it allows me to reach more people…”.

Even so, Guillebeau started his blog with a book deal in mind. “It was one of the primary goals of starting my blog,” he says, “I felt like I had a message to share and wanted to write a book.” He knew that it would be “hard to break into the publishing world without a strong online presence” and so along came “the blog and everything else I did online for nearly a full year prior to getting the book deal.”

Guillebeau has now signed a deal worth more than a handful of m&m’s but less than $100K, and “in terms of the time commitment, probably reflective of minimum wage.” What the hell, Chris? “That’s OK with me, though – I feel very grateful that I can do what I love to do”. Well, okay then. You’ve got a book deal and we don’t. Thanks for rubbing it in.

Guillebeau is probably writing that book right now – likely while sitting in a plane or an airport terminal, poor baby – and expects his book The Art of Non-Conformity to be in stores September 2010.

Like Chris Guillebeau, Leo Babauta also loves his first-born best. His blog “is my baby, and will always hold a special place deep within my heart” but publishing a book was “a fantasy come true,” thanks to his blog:

As my blog took off, publishers and agents approached me. My blog had 26,000 subscribers within the first year, so it was obvious my writing was connecting with a lot of people — people who responded enthusiastically…

It was essential that I built up my audience with my blog before I tried to sell the book. Publishers get a million requests per second (about the same as the number of Google searches done per second), and you need to stand out. If you have a successful blog that has shown your potential as a writer and marketer, you have a good shot at least. If you don’t, you’d better have an AMAZING proposal.

Leo Babauta knows what he’s talking about. He has to. He has six kids to feed which is why I’m so glad his publisher advanced him $80,000 for his 2008 book,  The Power of Less.

Unlike Guillebeau and Babauta, Erin Doland doesn’t talk about her blog and her book in parental terms, but that is because she has a problem. She is “obsessed with reading and writing books the way druggies pursue their next high.”

In fact, before Doland signed her book deal, she would lie in bed at night and “stare at the ceiling and feel like I had failed to achieve one of my purposes in life.” And then, during the day, she’d bitch about it. “I wasn’t quiet about this failure…Everyone I know was well aware of my feelings of inadequacy over not yet having written a book.”

Thank goodness for her wildly popular blog, The Unclutterer, because “if it weren’t for my posts on Unclutterer.com there wouldn’t be a bock. My agent and editor both were fans of my writing on the website, and they wouldn’t have had a clue whom I was if it weren’t for the site.”

But they did and they do and Unclutter Your Life in One Week came out November 3, 2009. Bulging garages and strung-out attics everywhere are detoxing as we speak.

Kelly Diels is a wildly hireable freelance writer and the creator of Cleavage, a blog about the three things we all want more of: sex, money and meaning.Note from the Editor: Write to Done is an Amazon affiliate. If you click through and buy a book from our site, we’ll earn a dollar or so in commission. Yeah!