How to Get a Book Deal: Part 1 – Printasauraus Rex Vs. The Blog: Publishing 2.0 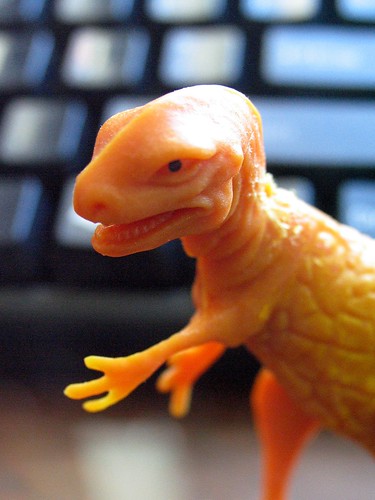 By Kelly Diels of Cleavage

Want a book deal? Think your magnetic, compelling, ninja talent for the written word is all it takes?

Now, says author/blogger/truth-telling goddess Danielle LaPorte, “two-thirds of a publisher’s decision is based on your platform”.

In other words, your blog. How famous are you? How big does your audience and ‘platform’ need to be?

“Pretty effing huge, apparently…” continues LaPorte, who was in New York last month pimping her latest book proposal to agents and publishers, “because I just got told I’m not famous enough.”

Publishing. It is Ancient History so Study the Scrolls.

Danielle LaPorte knows a lil’ something about the publishing racket.

In a former life, LaPorte was freelance book publicist for publishing houses like Simon and Schuster and Harper Collins. Now she has a juju personal development site called White Hot Truth, a rockin’ inspirational speaking career, and a new TV gig. And thatís not all: four years ago, she and a co-author wrote Style Statement and sold it to the prestigious Little Brown and Company for a $150,000 advance.

Back then, she didn’t even have a blog. True story.

Bestselling author Gretchen Rubin didn’t have a blog, either, when she pitched her Happiness Project book proposal to publishers. An established, best-selling author of four books, her read on the blog/book deal relationship is a little less go-blog-go.

In publishing circles, says Rubin, “there is some skepticism about bloggers. Books and blogs are very different mediums. Can a blogger write a book that hangs together as a narrative?”

Still, Rubin’s agent encouraged her to start a blog.

“She planted seeds,” says Rubin, “and I was resistant…” Eventually, though, she started her blog, The Happiness Project, to test her thesis that novelty (new medium, the blog) and consistency (maintaining the blog and writing new content daily) are essential components of happiness.

Now, Rubin has been told that “your blog is more important than your book. Never forget that.”

Those stories and  legends of non-fiction book deals signed only three to four years ago and captured without carefully cultivated venus-blog-traps – might be ancient history.

It was about a two-and-a-half year process from securing an agent to it [the book] coming off the presses. Painfully long. It is totally Jurassic. The publishing industry is antiquated.
Publishers have not seen the future. There are a few who are admitting that things have to change and that they are Jurassic and that the future is social media. The future is multimedia expressions of all forms of literature. ~ Danielle LaPorte

The publishing industry might be prehistoric, Jurassic and slow-moving, but it will follow the scent of food. Or cash.

You’ve got a blog and an email list and an RSS feed of devoted readers to whom you can announce – and pre-sell – your book? Yes, please.

Gary Vaynerchuk knows this. He also knows his worth. Vaynerchuk worked 5 days a week for seventeen months to create his cult/platform and estimates the audience for Wine Library TV at 90,000 people per episode. He has 850,480 followers on Twitter. When he mentions a wine, it sells.

Craig Haseroty, the owner Sojourn Cellars, a small winery in California, told the New York Times that nothing has put more people on our database and sold more wine than Wine Library TV. Vaynerchuk mentioned their wine and their switchboard lit up. In 24 hours, Sojourn Cellars answered 500 phone calls and e-mails. They sold a lot of wine.

That’s the power of suggestion. Vaynerchuk’s followers are vayniacs.

Somewhere out there, Seth Godin and Chris Brogan are smiling, knowingly.

Legend has it that Harper Studio is publishing 2.0. They’ve heard of this little thing the kids call a ‘platform’ and are willing to share the profits – and also the pain and price of promotion – with authors.

And President Bob Miller apparently doesn’t pay a penny over $100K for an advance.

What is a Vaynerchuk with a legion of devoted, possibly tipsy vayniacs to do with a price ceiling?

Veynerchuk set up shop in the Harper office. Tweeted about The 26th Story, the Harper Studio blog. Watched, in real time, as that blog suddenly drowned in traffic.

His point: my people like me. They like my suggestions. They WILL buy my book and make all of us rich and pfooey! I throw down my handkerchief in a faux snit and laugh at your measly $100K!

(This is not a direct quote.)

The result? Gary Vaynerchuk who casually admits that he doesn’t read books – signed a seven figure (translation for the math challenged: at least a million dollars), ten-book deal with Harper Studio. His first book, Crush It, debuted in September 2009, and yeah, it did make the New York Times bestseller list.

And he’s not even a writer.

I know. I just died a little, inside, too.

The moral of the story? (And, I argue, the moral is not just a story because it is based on a very comprehensive, validated sample of at least three published authors, which makes it a scientific fact.)

Get a blog, rock it out, and then go get yourself a book deal.